Getting a Rush from Rush 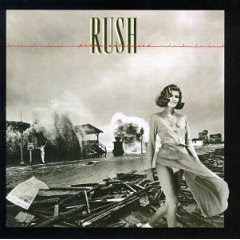 I got into the rock band Rush in junior high school (late 1970s, Bountiful, Utah) with "Spirit of Radio," thanks to Rock 103.5. I believe Permanent Waves was included in my first shipment from the Columbia House record club, and it promptly became the soundtrack for my readings in fantasy and science fiction and my playing of Dungeons & Dragons.

I soon filled in the complete back list of Rush albums, and one of my chief pleasures as a teen was stacking them all on the turntable. I remember joining the Rush fan club and receiving a newsletter in which Neil Peart wrote about how the devil doesn't really exist, which I didn't quite buy into. On the other hand, one of Rush's early iconic images (see below) suggested a devil-worship connection, which freaked out my parents a little when they saw the album cover. To their credit, however, they didn't take action beyond raising a concern.

When it comes to post-Permanent Waves stuff, I'm not so much a fan. I'm OK with Moving Pictures, but I definitely fall off the bandwagon with Signals, and I don't keep any Signals-onward Rush albums in my collection, although I did listen to Roll the Bones and Counterparts quite a bit for a while--but they didn't last for me. But Permanent Waves and earlier, I'm still all over all of those. Long live By-Tor! (Overall, I'd have to say that Permanent Waves is still my top Rush fave.)

As far as live shows, I saw them on the Signals tour back in 1983 or '84 and again when they came through Salt Lake within the past five years--you know, their first tour after Peart's long time off, the "Evening with Rush" when they played the entirety of 2112. Fantastic! I would love to go see them at the Usana ampitheater this August if any of my old geek friends come out of the woodwork, but I'm not going to pursue it too hard.

There's something similar about being a Mormon and being a Rush fan. You feel a little geeky and lots of others don't take you seriously--including much of the national establishment--but there's a real community of true believers. The Beatles are Catholic, Led Zep is Protestant, and Rush is sort of a little independent side note... But I'd have to say that no other group made a bigger impact on my life, and I say these things humbly, amen. 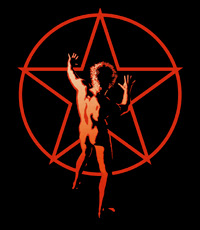