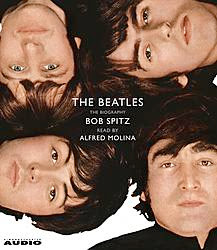 Nirvana's Kurt Cobain once said that his music was a cross between the Beatles and Black Sabbath. For some reason, lately I have been somewhat obsessed with both of those bands, not only listening to their music but actually reading about their histories. I'm currently listening to the audiobook of The Beatles: The Biography by Bob Spitz, and I've done some reading on Black Sabbath both online and in a booklet that came in a boxed set I own of their greatest hits.

I'm not sure why I'm so fascinated by the Beatles. In comparison, the Rolling Stones do almost nothing for me, musically or otherwise. The Beatles have a mix of both amazing music and beguiling personalities, plus their story of how they came together creatively and affected the world is just so fascinating to me. I keep all the Beatles CDs we own in our minivan, so my kids are getting a pretty good dose of Beatles when we drive together, and I'm happy about that. I do realize that the Beatles contributed to some bad trends from the sixties, such as excessively permissive attitudes about sex and drugs, but I don't really blame them for that. I'm sure I would have done the same with their upbringings and influences.

Black Sabbath is a more recent interest of mine, and I'm surprised to discover how much their unique metal sound has affected subsequent music that I enjoy, such as black-album Metallica and everything by Queens of the Stone Age. Sabbath's dark, occultish image doesn't interest me as much as the Beatles, and I'm not at all interested in the post-Ozzy Osbourne years or in Ozzy Osbourne post-Black Sabbath. But I really enjoy listening to most of the 1970s Sabbath music. I find it hilarious that Black Sabbath was a big influence on the mockumentary Spinal Tap, including the gag about the Stonehenge stage prop and getting lost in the tunnels on the way to the stage. Ozzy said he didn't think the movie was funny because it was so true.

Anyway, I'm not sure why I'm digging back so much on these two groups, but it has been fun. I also like Led Zeppelin but not really the Who, and I've had some times of liking Pink Floyd but have sort of lost interest in them in recent years. In my opinion, these groups all mentioned in this post are the big six of rock and roll, and now you know where I stand on them. 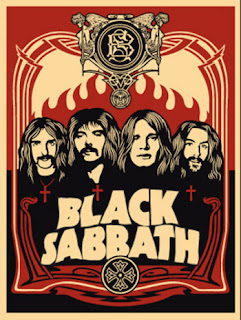 The Beatles and Black Sabbath are both great bands. I remember blasting a live Sabbath reunion, in surround sound, while at BYU-Idaho. I am convinced that Apline Chalet has never been the same since.

I tend to change in my musical tastes every few years. Up until recently, I was listening to indie bands such as The Arcade Fire and Interpol. Now I really like liturgical choirs and classical.

Who knows what it will be in six months. But one thing is for sure, I will like it.

Also, they were just cool. I love Hard Day's Night and Help!--it's like hanging out with four fun dudes.