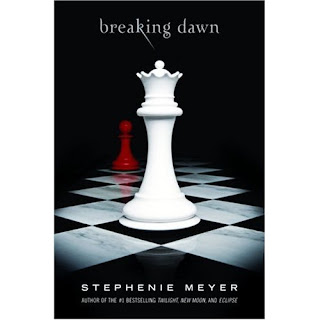 I've been reading enough about the new Meyers vampire book, Breaking Dawn, which is arguably the most controversial book in the nation right now, that I find myself wondering how Mormon church-owned Deseret Book and its sister chain Seagull can possibly justify carrying this novel and yet ban other LDS-connected novels that are less troubling.

Back in 2002, Deseret banned LDS author Richard Paul Evans's novel The Last Promise (published by national publisher Dutton) because it contains a brief passage implying that a married woman spent a night on a riverbank with a man who wasn't her husband. Deseret claimed that this paragraph implied adultery, which Evans denied. The resulting media kerfuffle grew so large that Deseret launched their "What Matters to You Matters to Us" campaign to trumpet their new, more careful book-stocking policies.

The puritanism ran so rampant at that time that Deseret-clone Covenant asked Anita Stansfield to remove a line from one of her Mormon romances about a new husband on his honeymoon laughing and kicking the door closed. Yet now we have an LDS author writing about honeymoon sex so wild that apparently the pillows get shredded and the furniture broken and the wife's body bruised, and both Deseret and Seagull have been openly selling it.

How does Deseret/Seagull justify selling a nationally published book (if not series) aimed primarily at younger readers—in contrast to Evans's adult-oriented novel—when this book/series apparently contains off-gospel messages regarding technically chaste sexuality couched in unhealthy relationship attitudes that may take years of Young Women lessons to undo, not to mention other bizarre, disturbing stuff in the latest novel. I've always rather disliked Deseret/Covenant's puritanical influence on Mormon culture in the area of fiction, but now what's up? Talk about a pendulum swing...

Is this just all about money, or what? If I thought stocking Meyers's novel signaled a new openness to alternative forms of LDS fiction (whether created by or about LDS), I'd be happy. But personally I wonder if it possibly shows a double standard of some kind. I'd like to see Deseret defend its decision to sell Meyers's books but not any number of other LDS-written or LDS-published novels that contain some challenging material.
Share |
Posted by Christopher Bigelow at 8/26/2008

It does seem hypocritical, but even Deseret Book is a slave to its consumers, who have decided Twilight is just fine. My wife and just-turned 11-year-old daughter devoured the series, reading hundreds of pages a day. My wife and I did make a deal: I'll read the series and she'll read Angel Falling Softly.

Both Deseret Book and Seagull and hugely hypocritical when it comes their standards and what they sell.

In reality, it's all about the $$$. Both are struggling financially and they know Meyers books will sell so they stock it.

My wife, my daughter, and my daughter in laws have all been reading these books, but I have not, so I can't comment with much first hand knowledge of the content.

However, our local Deseret Book carries a lot of other titles of much more questionable content than these books, from what my wife says. They are primarily, like the Twilight series, bestsellers from mainstream publishers. She's been concerned that the target audience seems to be teenage girls, and there is some mixed message, but less so than many of the rest of the publishing world's efforts.

I don't see where DB is being hypocritical as a bookseller, but they certainly have some restrictive policies as a publisher, which forces LDS writers who deal in more edgy, realistic styles, elsewhere. There could be an argument that because they go to these publishers, their work becomes more edgy and graphic, but that requires a lot of subjective judgments that are beyond this particular discussion.

Abel, I'd be very interested to know why you say "Both are struggling financially."

Are you privy to information that the rest of us are not?

I do recognize that bookselling is difficult these days, but being the big boys in the LDS market probably protects them to a large degree.

Kevin wrote:
"I don't see where DB is being hypocritical as a bookseller, but they certainly have some restrictive policies as a publisher, which forces LDS writers who deal in more edgy, realistic styles, elsewhere. There could be an argument that because they go to these publishers, their work becomes more edgy and graphic, but that requires a lot of subjective judgments that are beyond this particular discussion."

Kevin I'm not sure what you are saying here. Are you saying that the standard DB applies in the case of "Breaking Dawn" is the same as was applied in the case of Richard Paul Evans?

I'm not a superfan of the books, but I do have to say all the sex in the last book did not bother me as much as all the foreplay that Edward and Bella engaged in in the previous books. Once they were married it really took the edge off all of it. Not to mention Bella's pregnancy killed a lot of their lust.

It does seem hypocritical of DB to sell these books. . . I do suspect that they have different standards for LDS authors and for national authors--just like most LDS readers do!

Kent, no, you're right, I missed that reference to Evan's book being published by a national publisher, not Deseret Book.

Just anecdotal evidence that I perceived a difference in publishing standards from stocking the reseller with other publisher's works. Since moving from Utah, I don't often get to the big DB stores anymore, just their small local branch here in the Seattle area.

I personally don't have a problem with them stocking either Meyers' books or Evans' books. But it would seem that there is a perception of Deseret Book as a commercial enterprise being held to a different standard by their customers, perhaps.

I don't see a need for them to try and compete with B Dalton or Barnes & Noble, but I do see some odd things there when I go in. The emphasis on political biographies of conservative public figures, or other similar books by national publishers seems to indicate some catering to a particular demographic that is not all religious in nature. To that end, I think there is a concession to what will sell. And I suspect that since Meyers' membership in the Church is well known, that many would go to DB to find her books. However, I don't recall recently seeing much of Orson Scott Card's books there, so that may not be a good indicator, either. Am I surprised that the answer may be complex? Not really, I guess.

I think it is all about money. Deseret Book is a business and businesses either make money or die. There are probably those within DB who didn't want to stock the title but knew they would lose a great opportunity to make money if they chose not to carry the final book of the Twilight series. This might end up being a good thing. Carrying this book might open up DB to carrying more diverse titles in the future.

Then again, from what I understand Twilight has nothing to do with Mormonism and everything that comes out of a Church owned entity is pretty much one hundred percent positive.

In the end, I think the making money was the reason the powers that be at DB chose to carry the book.

Uhm, there isn't any sex in the book. Not even open mouth kissing.

I have heard that DB isn't selling any of the Twilight books anymore.