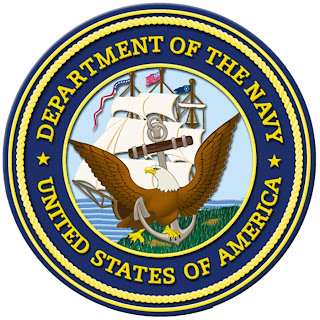 Going Through the Navy ROTC Program

My dad and grandpa were both in the Navy. This may come as a shock to those who know my personality, but during my senior year of high school I actually came very close to continuing the Navy tradition myself.

My grandpa was a dive-bomber in the Pacific during World War II and then spent several post-war years flying experimental planes for the Navy. I’ve read quite a bit of family history about his exploits, and I can’t even comprehend having that much mojo. He won three Navy Crosses, which is the Navy’s highest combat medal, awarded only for outstanding combat performance in a major battle.

My dad did Navy ROTC at the University of Utah in the early sixties, meaning the Navy paid for his college and he went through officer training and then served full time in the Navy for four years. He was still fulfilling his time commitment when I was born in 1966 at the naval hospital in Newport, Rhode Island. I remember him telling me at some point that at first he didn’t like the military, but then he changed his attitude and rose to second-in-command of a minesweeper in the Vietnam conflict.

Not really knowing what else to do with my life, I decided to follow in my dad’s footsteps. So I applied for a Navy ROTC scholarship to the University of Utah, intending to major in business like my dad had. I went through all the required interviews and tests and medical examinations up at Hill Air Force Base, and they ended up giving me alternate status. Then someone else dropped out, and I got into the program.

However, the summer after high school was when I moved out of the house, even though I was still only seventeen, and started my 20-month rebellion against Mormonism and my parents’ lifestyle. I didn’t feel anger or resentment; I just honestly wasn’t very interested in the way I’d been raised and wanted to see what else the world had to offer. To say the least, following my dad's footsteps into the Navy didn't jibe very well with this new attitude.

Tomorrow: What I did instead of the Navy
Share |
Posted by Christopher Bigelow at 10/08/2008